A guide to SAN and Network Attached Storage (NAS)

Got an IT problem? Let the professionals handle it. Shop our services

Got an IT problem? Let the professionals handle it. Shop our services 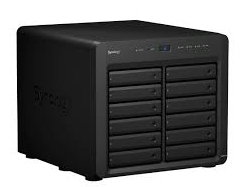 SAN and Network Attached Storage (NAS) hardware sounds incredibly sophisticated and busy with acronyms but we will help break down network storage concepts into bite size chunks.  We will start with the basics, everyone knows but probably doesn’t know the acronym.

Everyone uses the DAS.  DAS is Direct Attached Storage or better known as an external hard drive or thumb drive.  Below are the most common types DAS used in a modern work place environment.  People them like because they add storage to your computer and they are fast but fail as a reliable backup disaster/recovery device.

A 1 GbE connection I the NIC connection speed from your computer to a network storage device or NAS.  This may not be the best decision if you are not collaborating with other individuals on your video editing.  The NAS still may be a good option for backing up locally and then find another cloud-based solution for backing up off-site.  It’s a definite bottleneck for a 1 Gbps connection (NAS) when there are USB 3.0 and Thunderbolt are five to ten times faster.

NAS hardware like Synology plugs in to a LAN (your house or business network) and follows standard protocols (like HTTP, TCP/IP, NFS, etc.) that works over regular Ethernet.

To recap, you’ll need a NAS if you:

ProTip!  It may be best to use a DAS until it gets to impractical.  The backup to the cloud is still essential.  You can connect the DAS to you workstation or laptop.  Then disconnect the DAS and connect it to the NAS USB port for copy and later backup.  It also could be used for distribution of files over the LAN and WAN later too.

SAN is definitely not used in small environments unless it’s an editing studio of like five users or more.    A SAN is expected to stay put in a facility, and many computers access them at once, speed is of the essence.  For this reason, you’ll find many SANs using Fiber Channel over protocols like SCSI, etc.

SAN is built for speed and reliability.  To make the SAN behave like your hard drive, you’ll have to eliminate the middle man, the Operating System – File System.  A SAN allows you access the files of a hard drive directly. The technical word for this is: having block-level access – the ability to read files directly in blocks (many at a time) to get the fastest data transfer possible.

A project will require multiple computers working or collaborating to get editing, color grading, effects, audio, a few render nodes, etc to get the project the done.  A SAN makes sense with so much data moving around but the price will deter many for smaller shops.

Questions for Current or Existing Setups:

Acme Editing Studios has 40 TB on the NAS.   They need a newer NAS, a better NAS, it just works, and is quick.

We first viewed some options using the Synology configurator and built out a spreadsheet to weigh our NAS options.  We tried to do an Apples to Apples comparison of actual data stored but included some expansion bays for future scaleability.

I’m uncomfortable doing RAID 5 or 6 at anything over 2 TB, I strongly recommend doing RAID 10 instead. Having said that, the RAID10 options will cost about 50% more that the RAID6 options (because of the increase in drive quantity AND the increased bays needed).

Go with the DS1817+ and do a RAID 6 with 7 drives. If they need more space they have the option of adding on up to 2 DX517 external expansion bays for an additional 10 more drives. The expansion bays are $500 each w/o drives.
It comes with 2 GB RAM, which is probably sufficient, but there is the option to add more (up to 16GB Total – $80 for the 8GB kit)

SAN Options will come later as we continue to build out this spreadsheet.

SAN and NAS equipment becomes a lot easier topic to absorb if you dealing with your organization is dealing with it’s own personal struggle with storage.  Hopefully, we made it a bit easier for you to work with your own situation.  I highly recommend this site if you are a videographer.